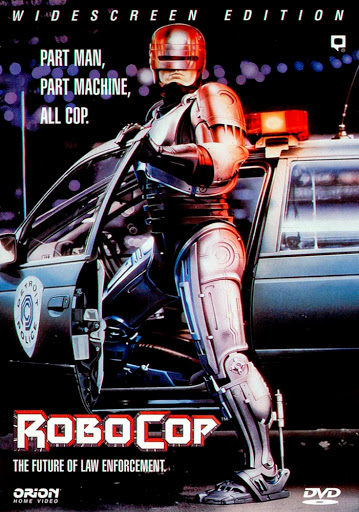 What I’ve done is to post screen grabs of RoboCop from the 1987 film for color comparisons. The color disparity does not make me like Hot Toys RoboCop any less. I still like the Hot Toys die-cast RoboCop and IMHO it’s the best 1:6 scale RoboCop ever produced. My only gripe is that Hot Toys didn’t get the color right. RoboCop was never so silver in color as Hot Toys has done. He was a more grayish blue tinge. 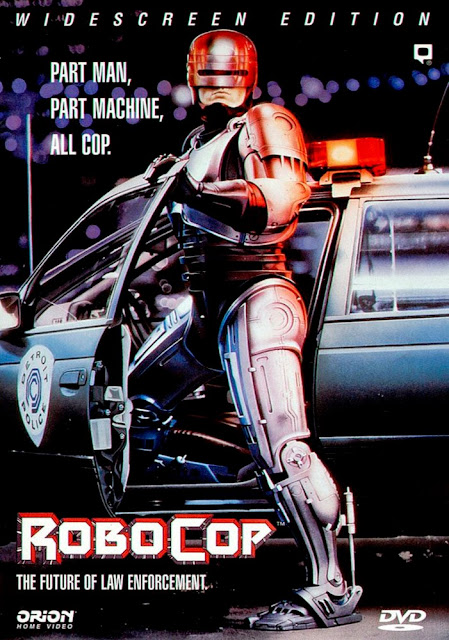 For the 1987 RoboCop film, the suit’s color was supposed to be bright blue; however, it was given a more grayish tint to make it look more metallic and produce less glare on the camera when it was being filmed. Hot Toys has gone the opposite direction with their die-cast RoboCop color by making him really silver as seen in my earlier post “Review 1: Hot Toys Movie Masterpiece Diecast Series 1/6th scale RoboCop Collectible Figure” posted HERE 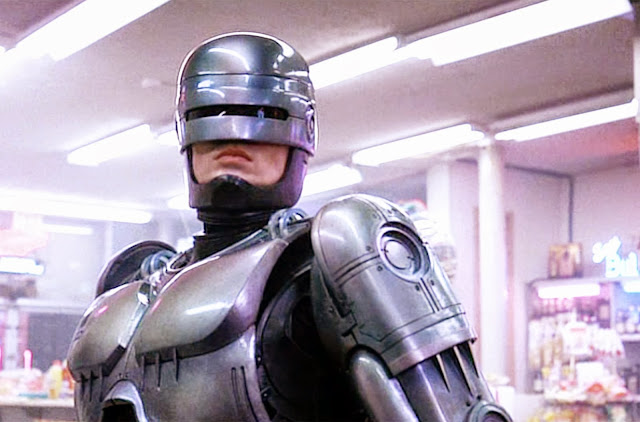 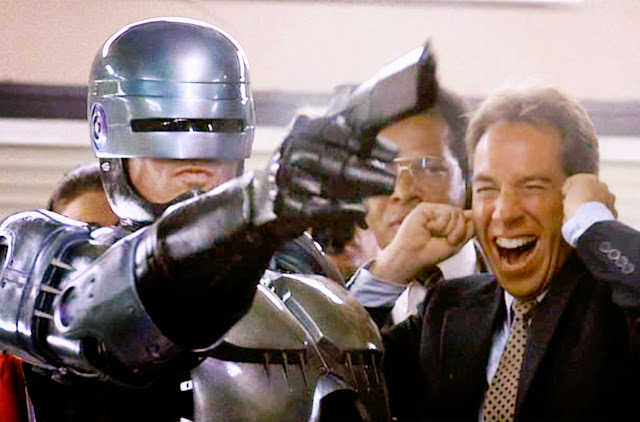 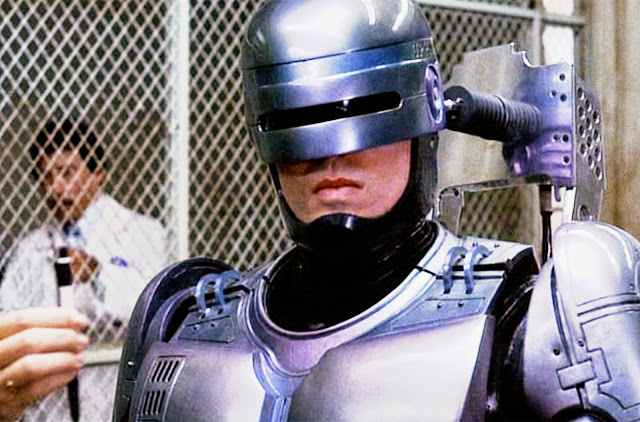 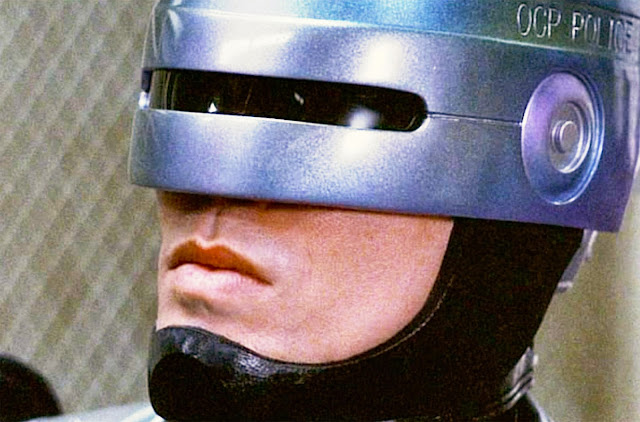 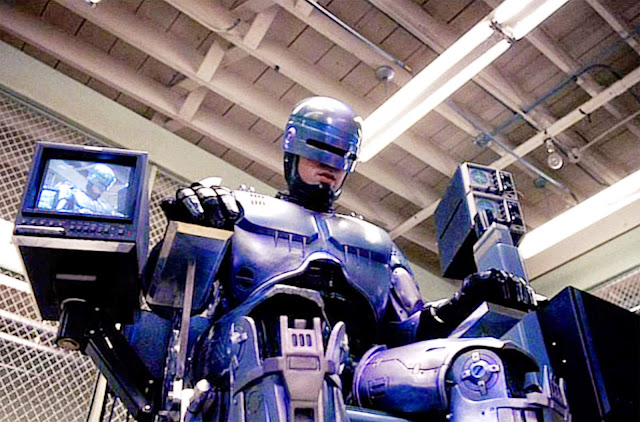 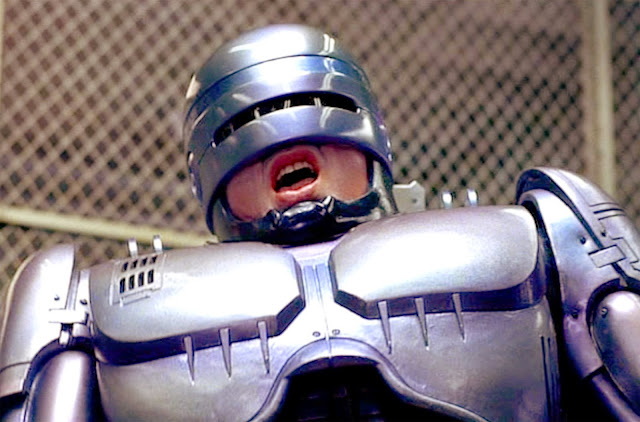 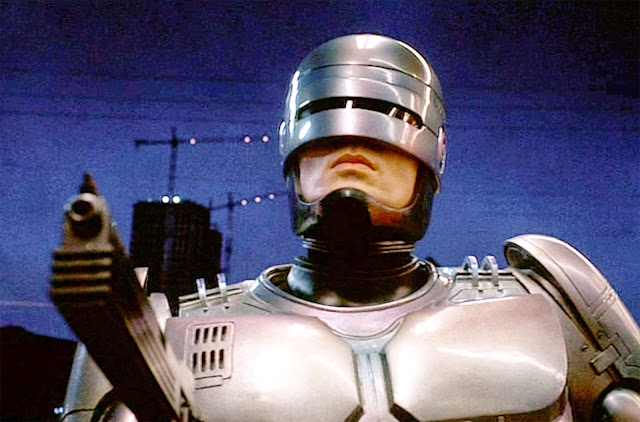 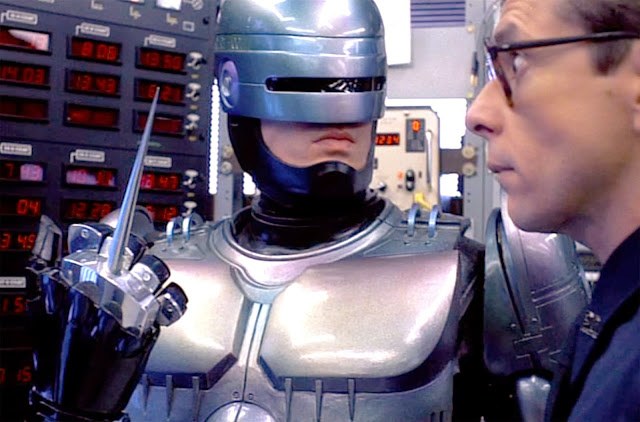 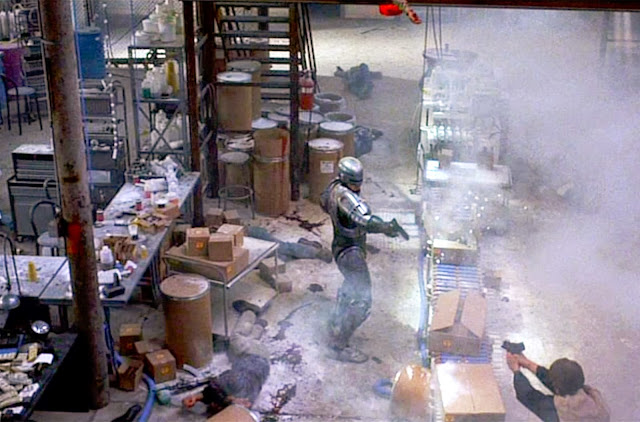 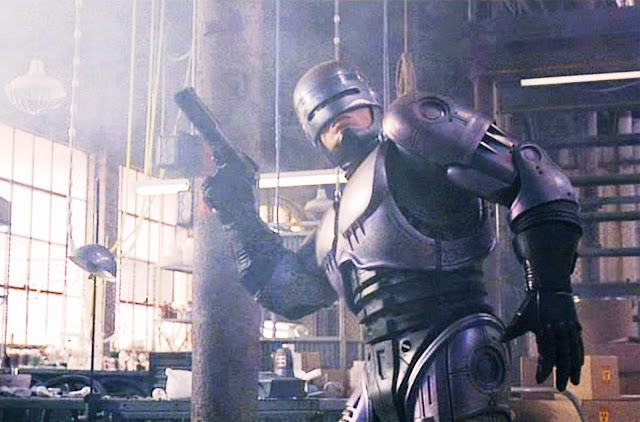 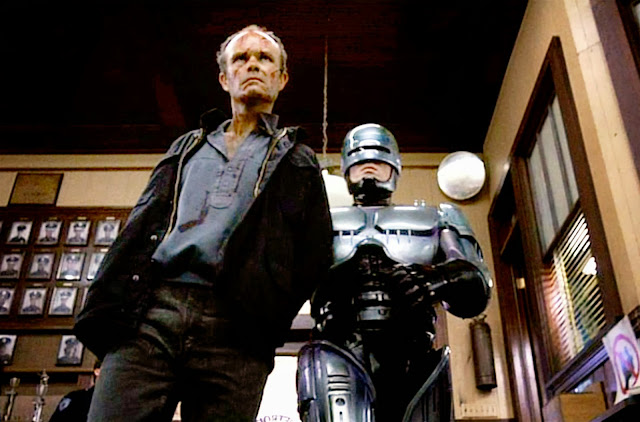 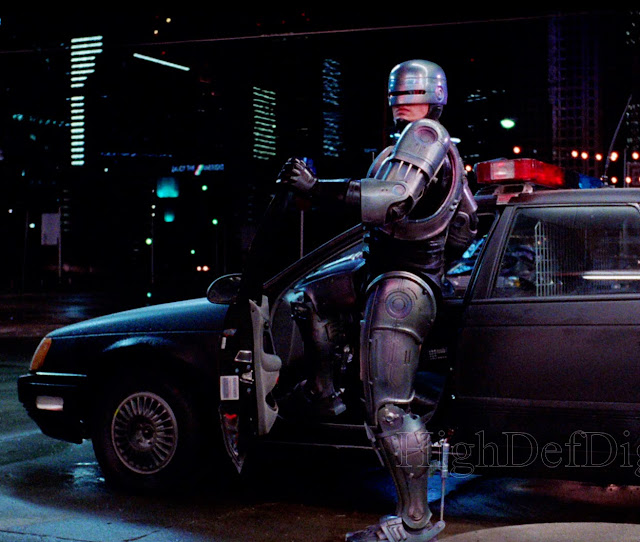 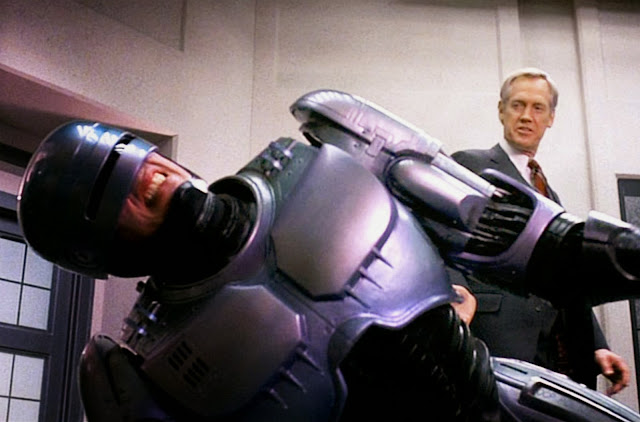 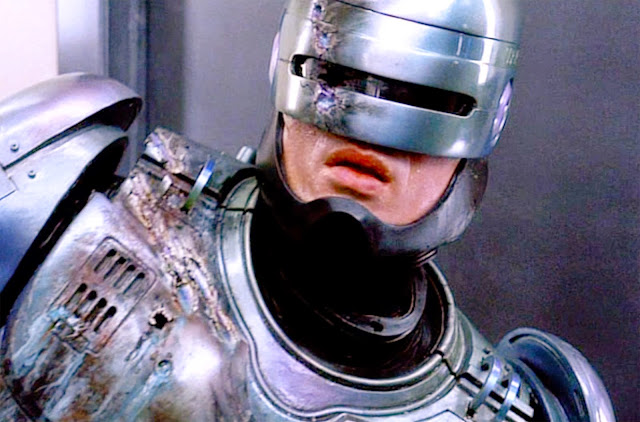 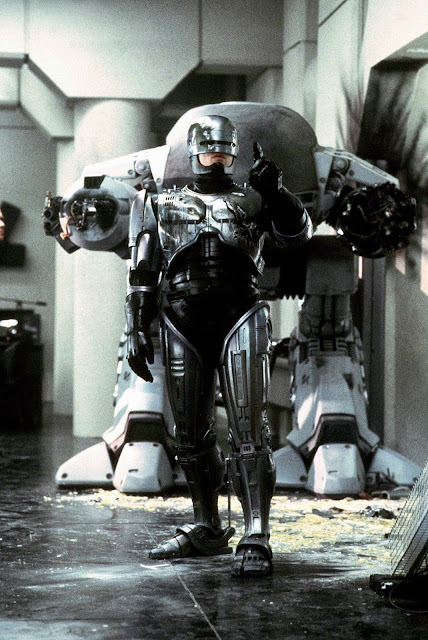 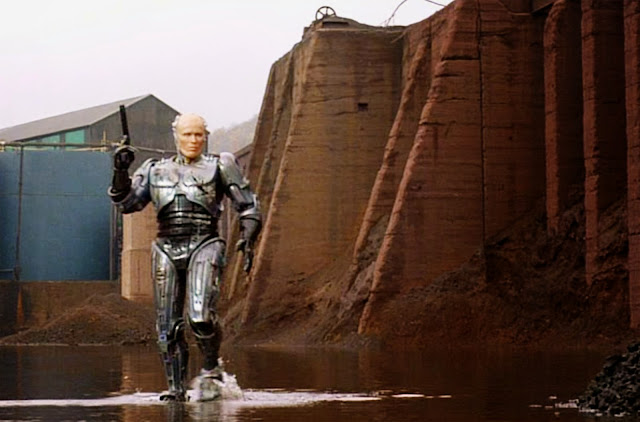 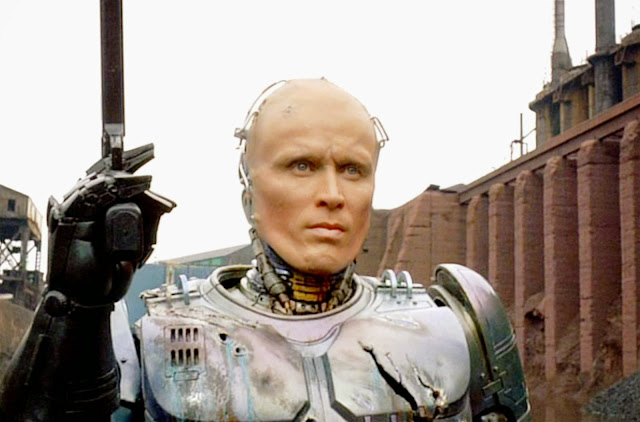 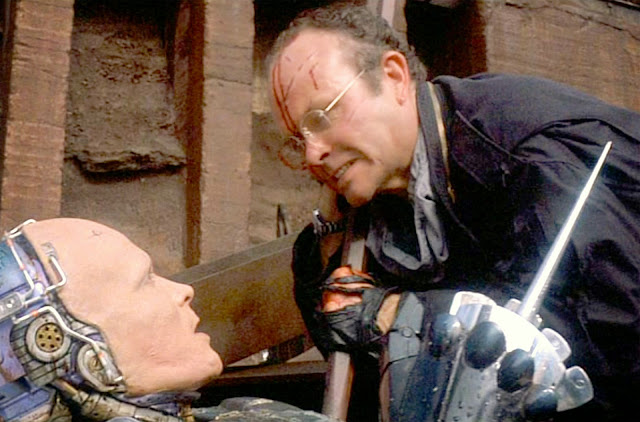 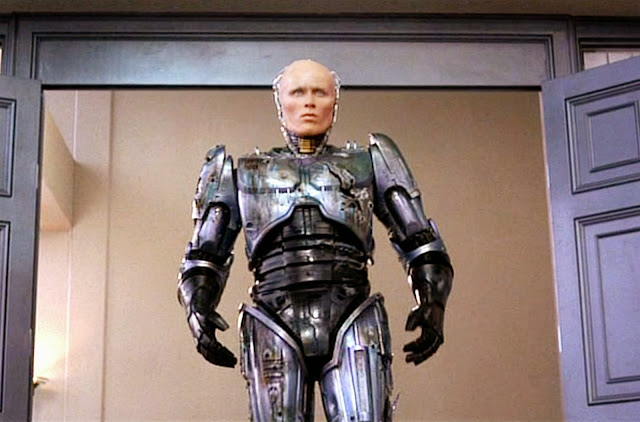 We shall return to our regularly scheduled reviews soon. Me thinks this post is necessary to settle the color issue once and for all. A picture tells a thousand words so here are several thousand words to put the matter at rest. The armor suit is bluish gray but never silver!