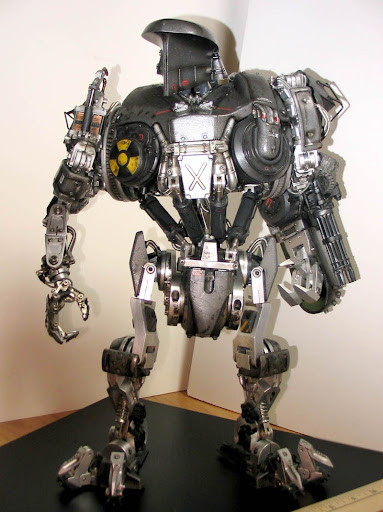 This is a picture taken of RoboCain by a guy who was visiting the Tippett Studio – they were responsible for the stop motion effects in the RoboCop movies (more info here). He had the chance to drool over the full size RoboCain (picture can be found here) as well as 3 stop motion Cains used in the “RoboCop 2 (1990)” movie. 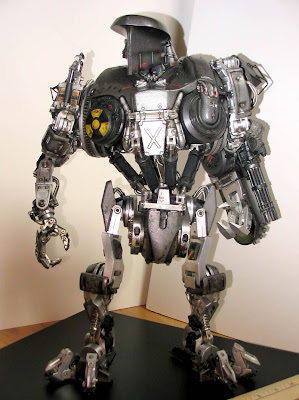 For the rest of us, there’s Kotobukiya’s RoboCain mini figure (believe it or not, this figure is only 3.5 inches tall or 9 cm high but packed with all the details found on the actual thing – unbelievable!) Until Hot Toys release a 1/6 scale version of RoboCain, I’m afraid this will have to do. Here’s RoboCain with his extra arms retracted. 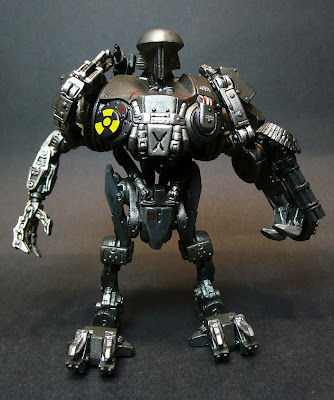 RoboCop 2 takes place shortly after the end of the original. Robocop and his partner Lewis are still on the force but OCP is concentrating on developing Robocop Mk 2 – a considerably nastier, more efficient killing machine. 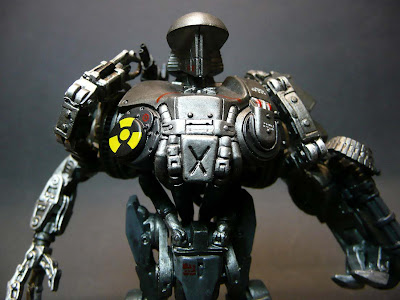 In the movie, Psychotic “Nuke” designer drug user and pusher Cain’s (played by Tom Noonan) brain is removed and successfully transplanted into RoboCop Mk 2 as he is the only person who would not go mad when he discovers what has been done to him (since he was already mad and hallucinating because of his excessive drug use). Thus RoboCain is created.

And here’s RoboCain with his extra arms extended – COOL 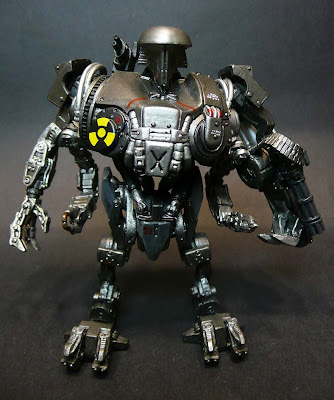 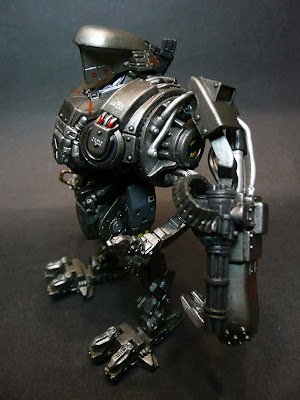 The armaments on RoboCain is not hidden in a thigh holster like RoboCop’s but exposed along with all the machinery and parts, unlike the original RoboCop’s design which was more humanoid. 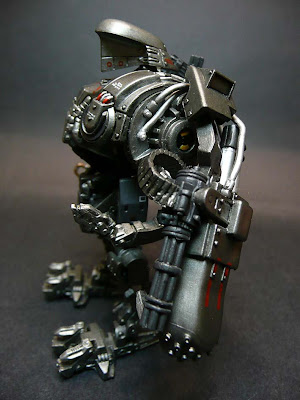 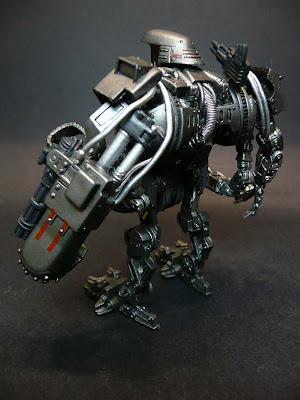 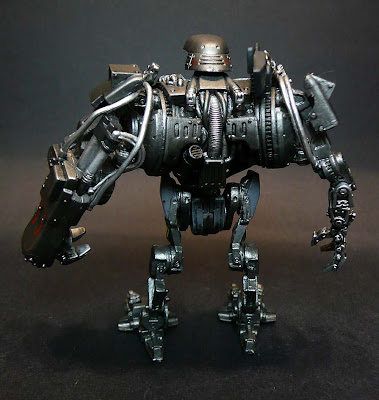 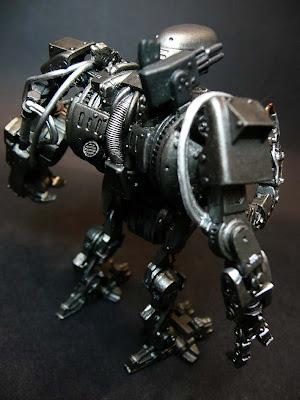 With all the parts left over from making Iron Man Mark I and the Terminators (T-600, T-700 and T-800), I’m sure Hot Toys can easily put together a RoboCain. Come on Hot Toys, we’re counting on you, give us RoboCain, don’t just stop at ED-209. 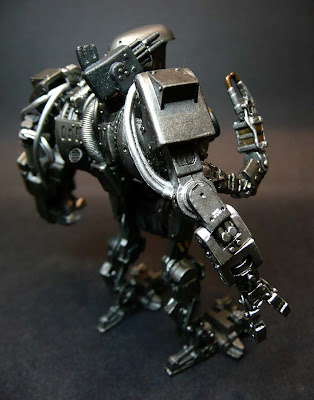 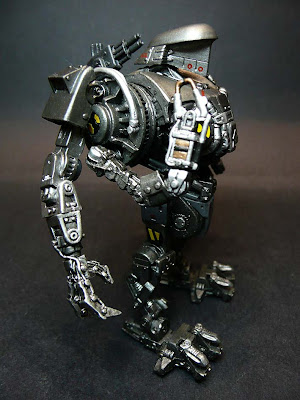 The movie ends with a climactic battle between RoboCop and RoboCop Mk 2 (RoboCain) during the unveiling of Delta City and the new cyborg at a press conference. RoboCop stops RoboCain by jumping onto his back and punching his way through to Cain’s brain before smashing it onto the pavement, thus killing him. Lots of violence, blood and gore on this one too! Quite entertaining – heh! heh! 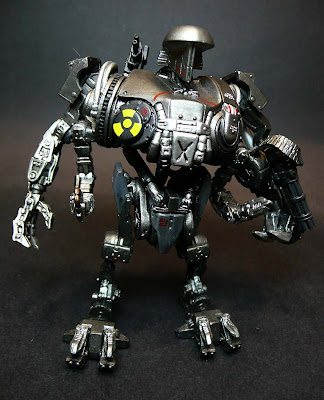 Did you know that RoboCop 2 Script Writer Frank Miller (the man responsible for turning Batman into the Dark Knight but not before transforming Daredevil into a ultra cool character with the likes of Elektra and Bullseye) had a cameo role in RoboCop 2. He played a nuke scientist in Cain’s gang. Cain actually called him “Frank” three times in a scene. Later he gets blown up as the truck exploded. While producers loved Frank Miller’s original version of the script, they quickly realized it was unfilmable as written. The final screen version was heavily rewritten and bears only a superficial resemblance to Miller’s story. In 2003, Miller’s screenplay was adapted into a comic book series titled, appropriately, “Frank Miller’s RoboCop”.