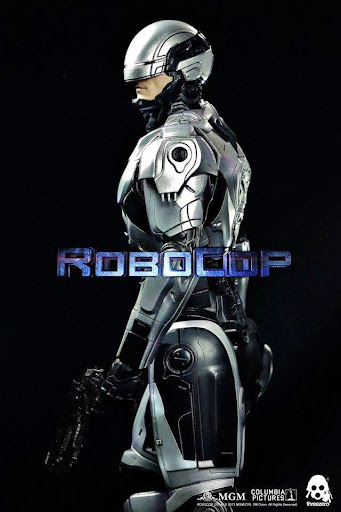 ThreeZero has posted new images of their RoboCop 1.0 (check out the images below) as well as pre-order info:
RoboCop 1.0 collectible will be available for pre-order at www.threezerostore.com on October 30th 09:00AM Hong Kong time for 230USD/1780HKD with worldwide shipping included in the price. Orders placed at www.threezerostore.com will feature interchangeable Alex Murphy’s head with realistic likeness to his on-screen appearance (this offer is exclusive to threezerostore) and removable helmet visor.

This fully articulated, highly detailed figure stands at 12.5 inches (around 32 cm) tall and features a realistic metallic paint application and an LED light-up feature on the front of his helmet. RoboCop 1.0 comes with two weapons: Stun gun & Machine gun and additional hand sculpts. The two weapons can be stored in RoboCop’s thighs just like in the film. 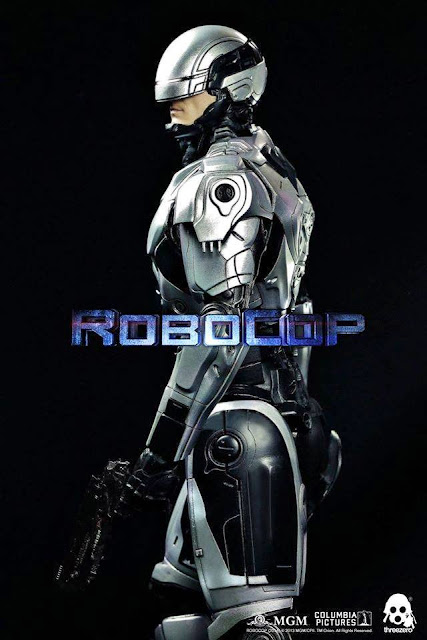 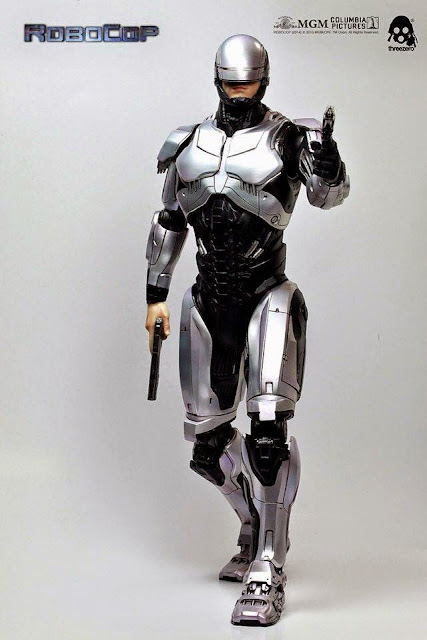 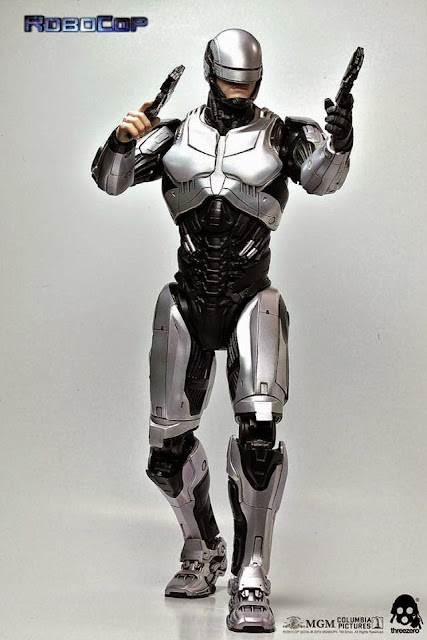 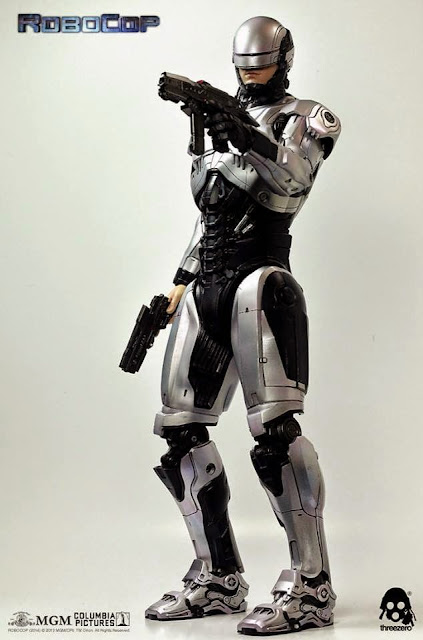 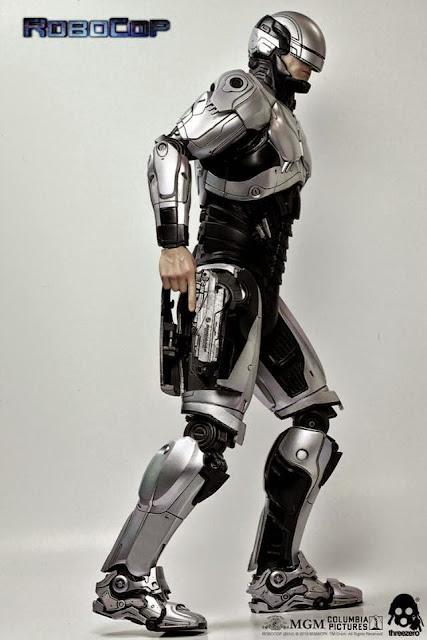 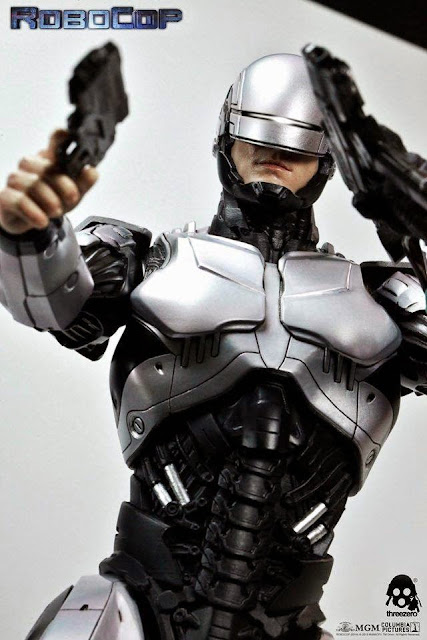 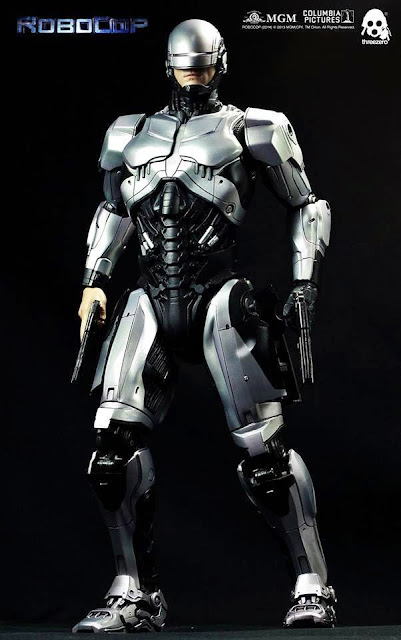 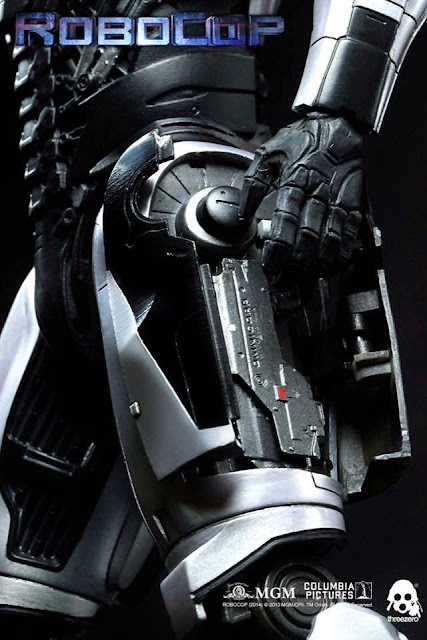 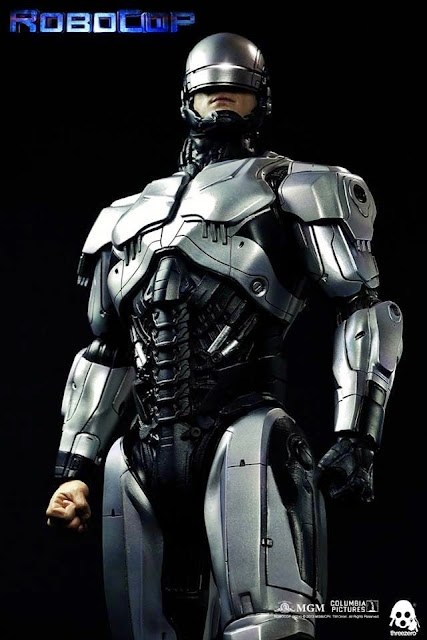 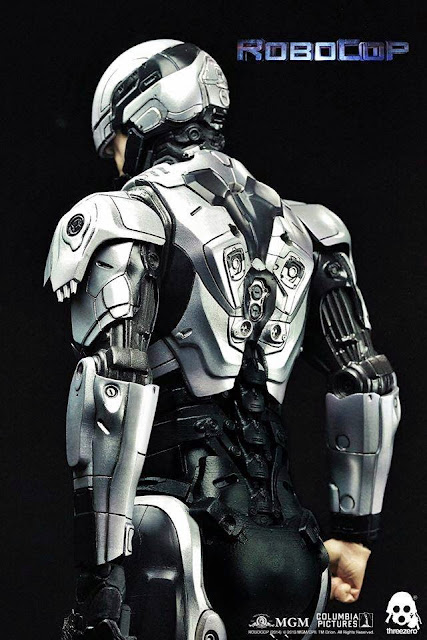 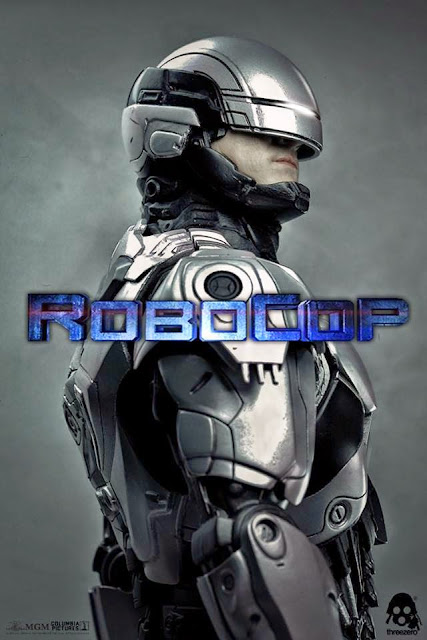 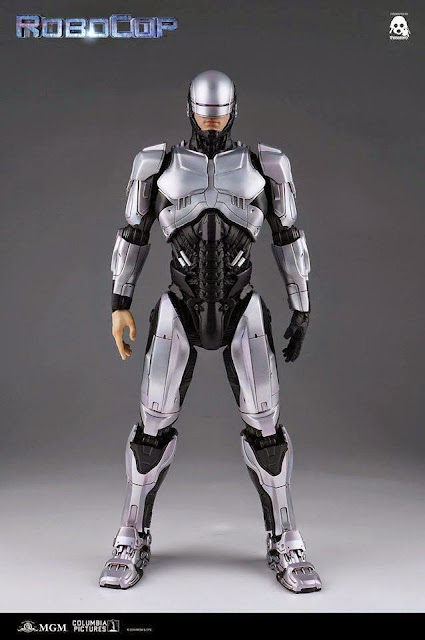 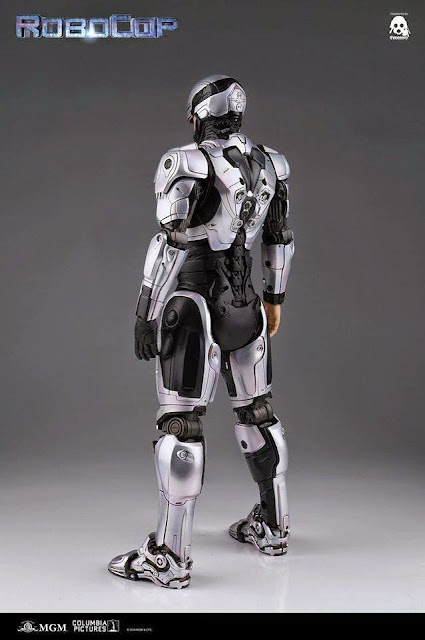 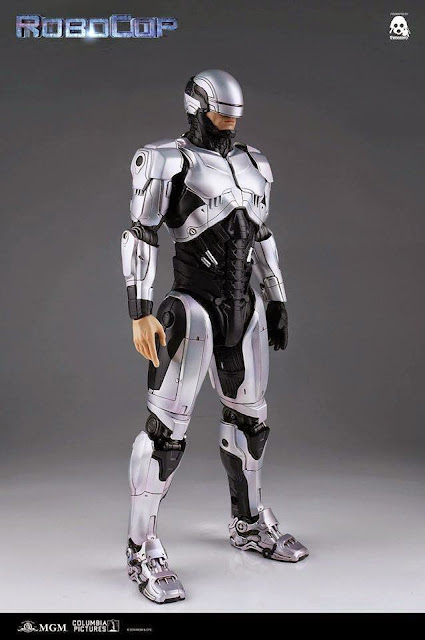 The “TSR 66” is RoboCop’s main sidearm in the film. The pistol is a Beretta with a custom shell that was created using a 3D printer. 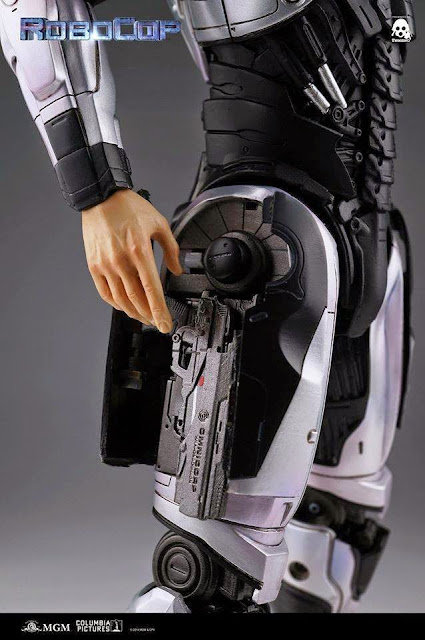 RoboCop uses a customized SMG in the film as his main firearm. Mattox (Jackie Earle Haley), OmniCorp armorer and RoboCop’s trainer in the movie, states it is chambered for the .50 Beowulf caliber. 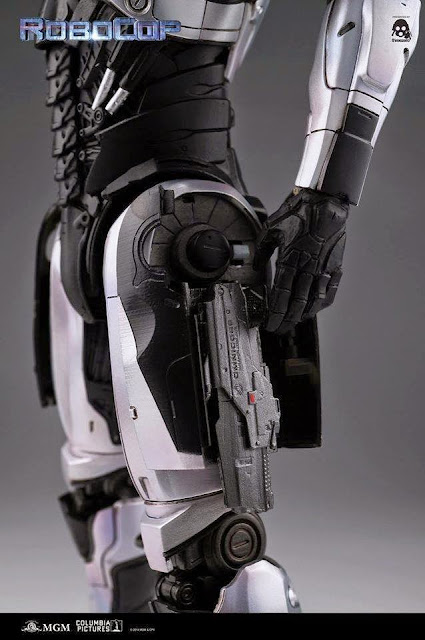 The man in the machine: When Alex Murphy (Joel Kinnaman in the title role) – a loving husband, father and good cop gets critically injured in the line of duty, OmniCorp sees their chance for a part-man, part-robot police officer. 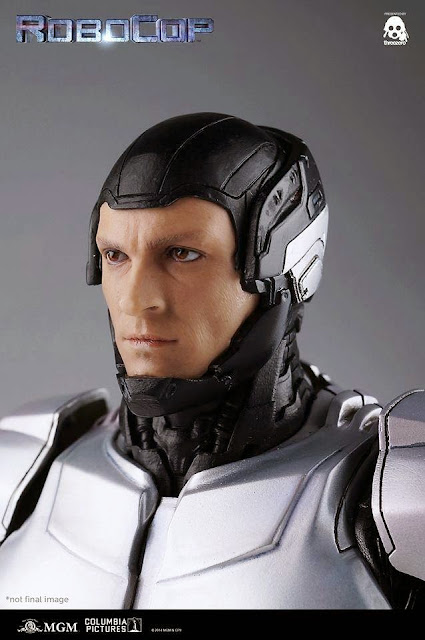 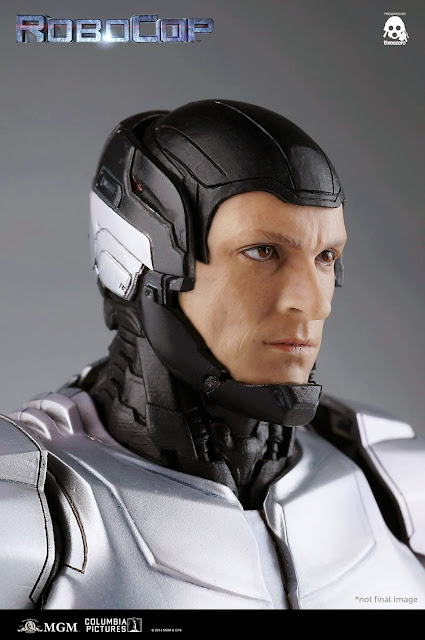 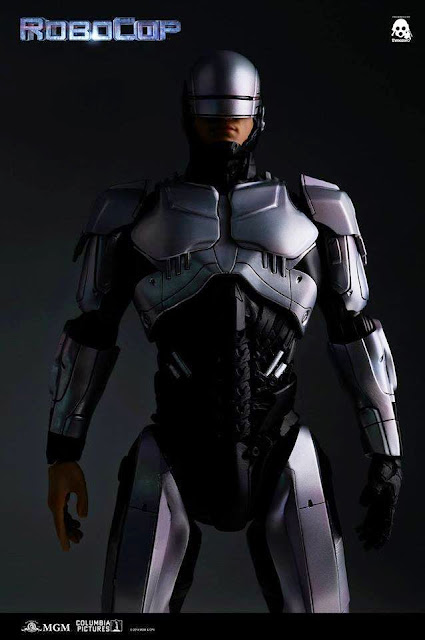