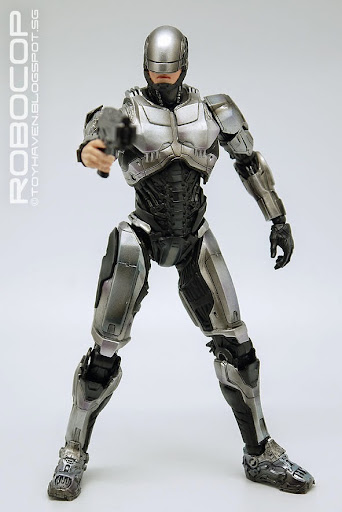 The new 2014 RoboCop film (a reboot of the 1987 classic) introduces us first to the stunning RoboCop version 1.0, a look inspired by the original film, while at the same time, making the robot suit more modern and refined. Not sure if many die-hard RoboCop fans agreed with the new look though.

Alex Murphy (Joel Kinnaman), a police officer injured in a car bomb explosion, is chosen by OmniCorp to be outfitted with a cybernetic body and software, making him the first cyborg cop to be deployed for civilian law enforcement in the United States. When Murphy wakes up in his new body, his face and right hand have been incorporated onto the robotic suit as biological parts. 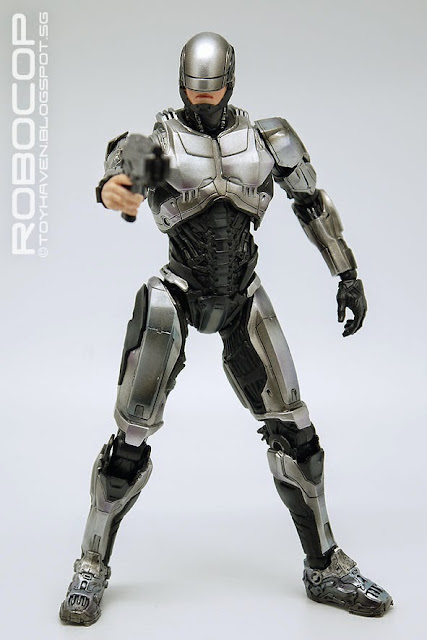 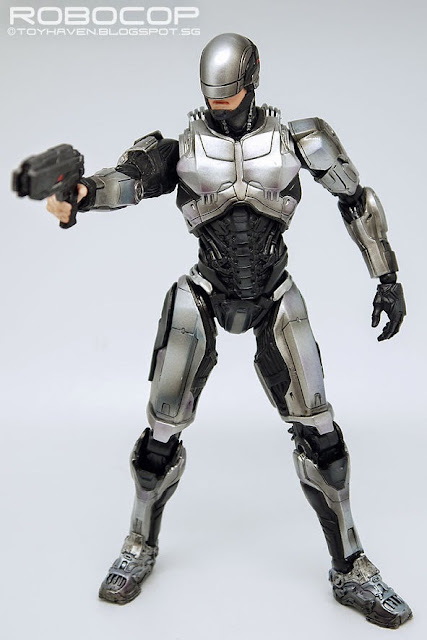 IMHO I think the pistol is a little too big and not in scale with the figure. The pistol (called the “TSR 66” in the film) is a Beretta with a custom shell that was created using a 3D printer. If you look at screen grabs / shots from the 2014 film, you can see the difference in terms of size of the gun. Other than the oversized pistol, I quite like everything else about this figure and am quite happy with my purchase 🙂 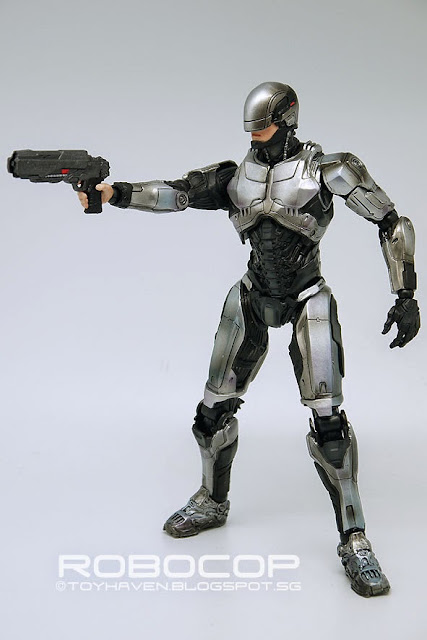 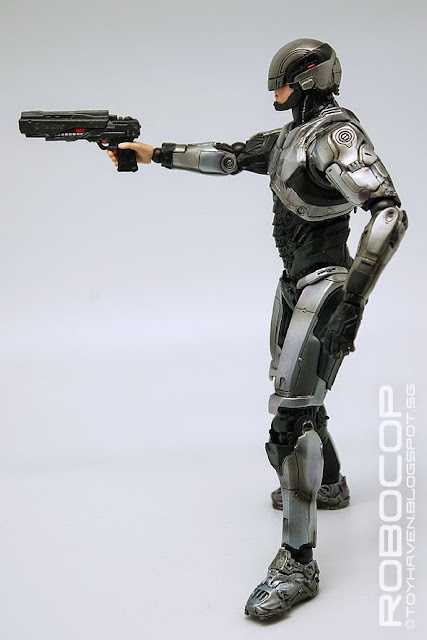 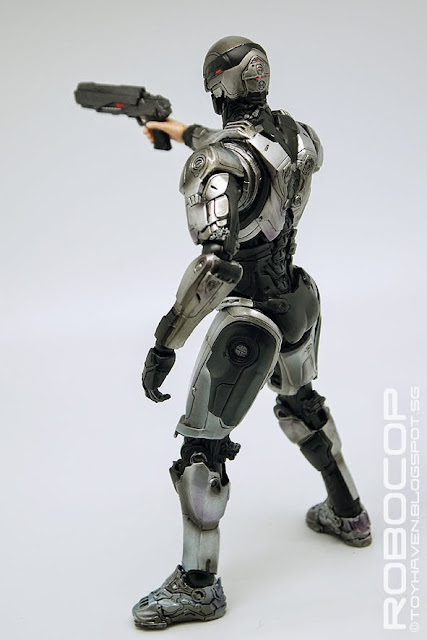 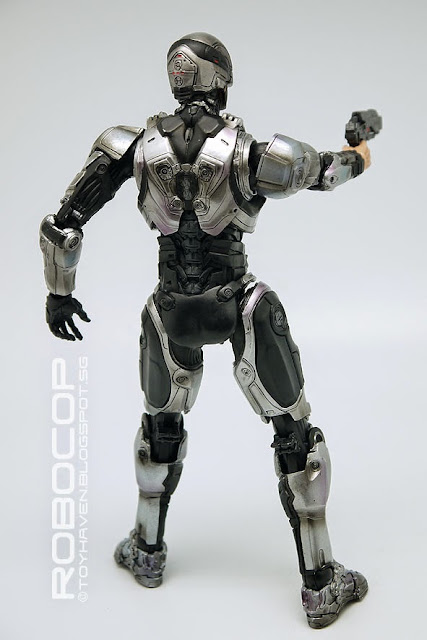 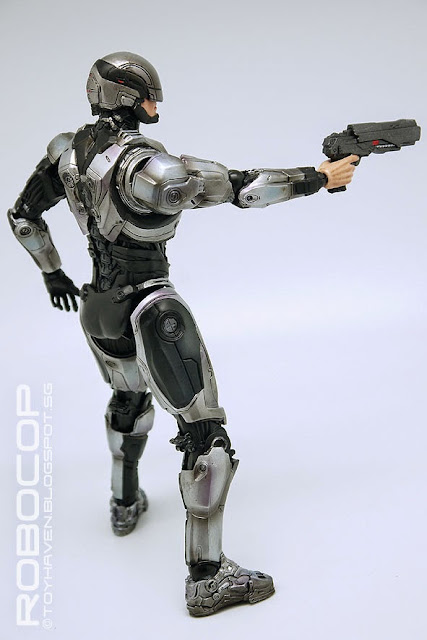 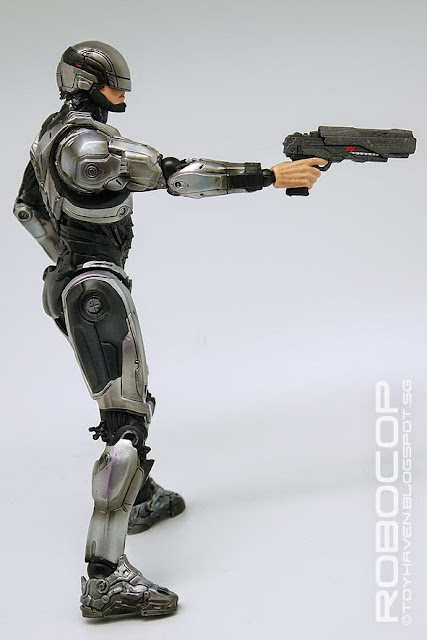 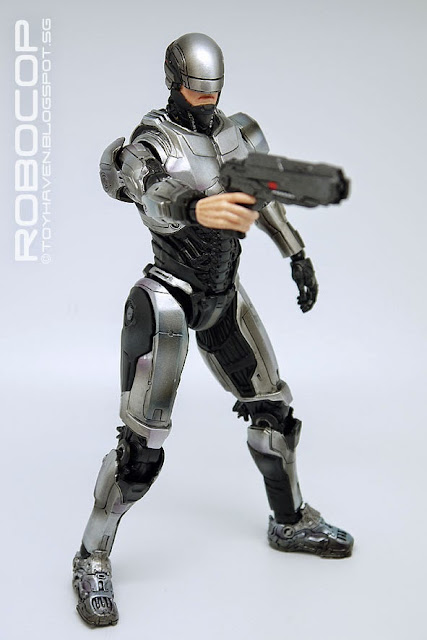 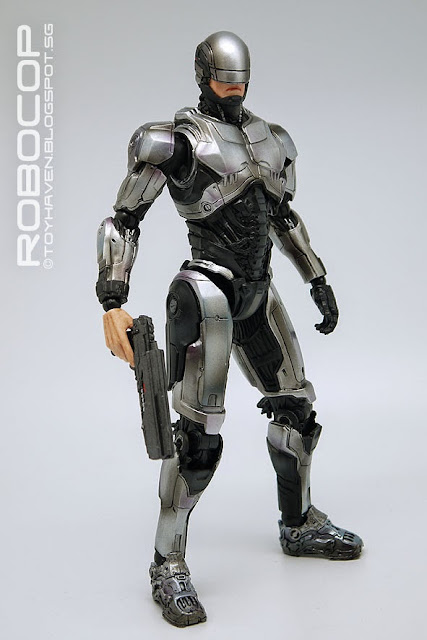 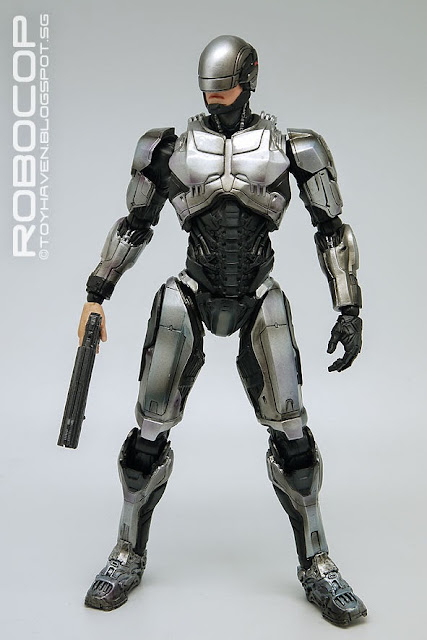 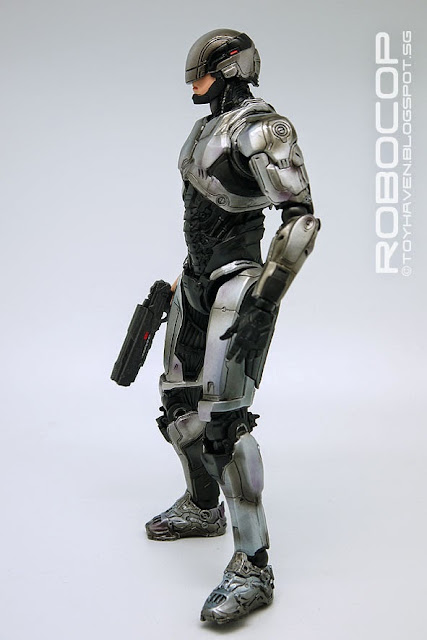 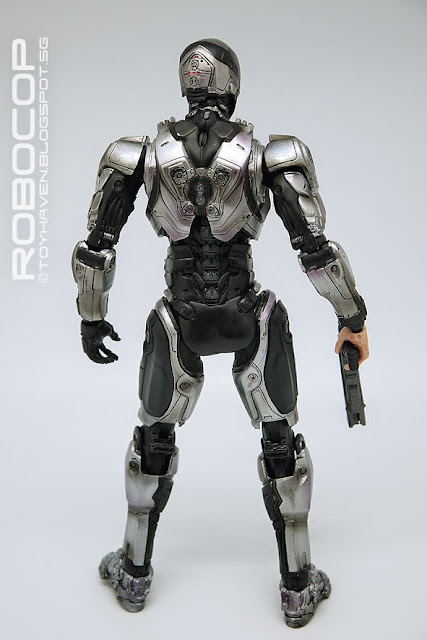 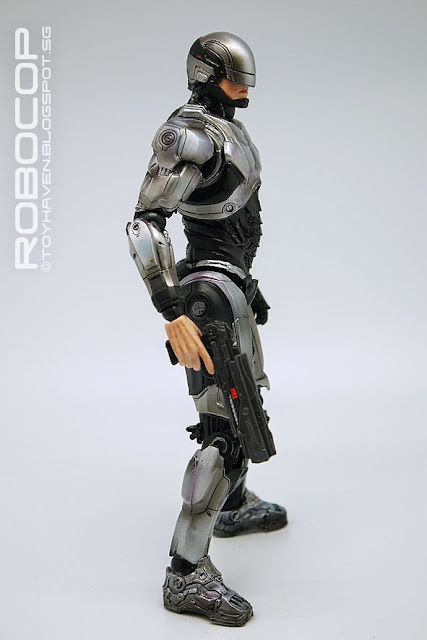 Check out the nice details of this Square Enix Play Arts Kai 2014 RoboCop version 1.0 action figure with these close-up shots / pictures / turnaround views. Did you notice how skinny the actor ‎Joel Kinnaman was? I think it was so that they could wrap him up with the robot suit and still make him look sleek. It was the same thing with the original RoboCop actor Peter Weller. He too had a really skinny frame. Enjoy the pictures 🙂 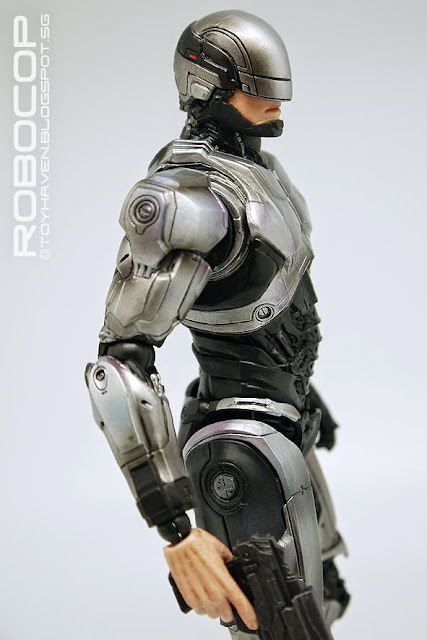 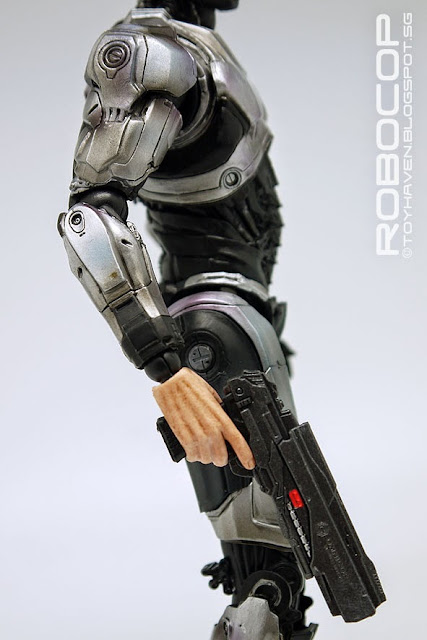 Warning: SPOILER AHEAD! Don’t read on if you haven’t seen the movie. One of the best parts of the film is when they showed Alex Murphy (Joel Kinnaman) what was left of his body. That was just mind blowing! It was nice to see Samuel L. Jackson, Michael Keaton and Gary Oldman altogether in one movie, knowing that they all played important roles in the other movies. Every one of them has had 1/6 scale figures made of them 🙂 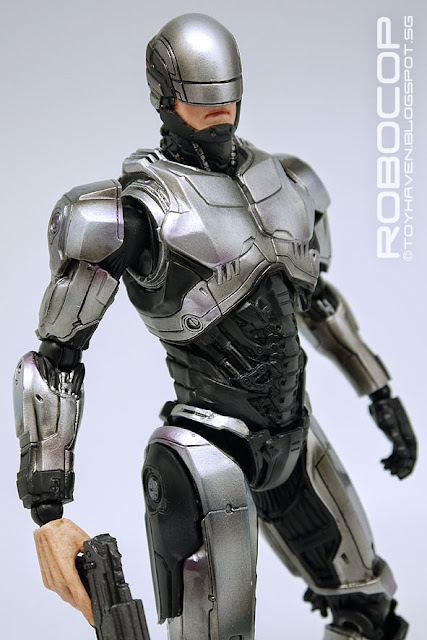 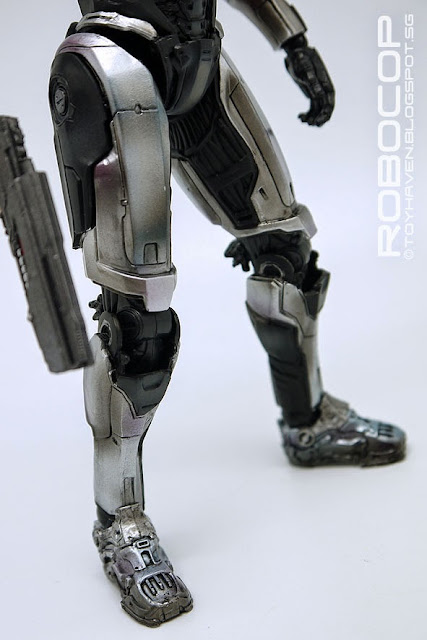 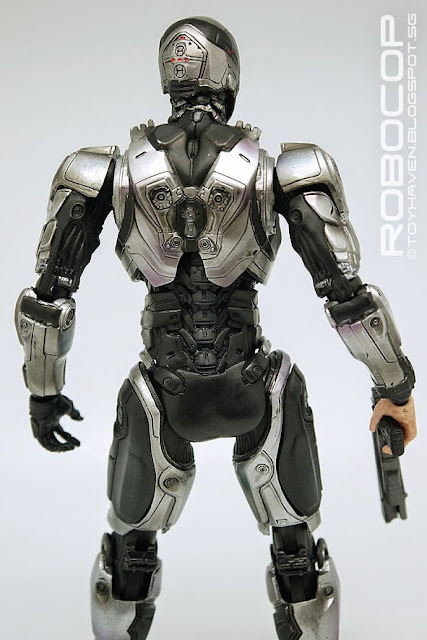 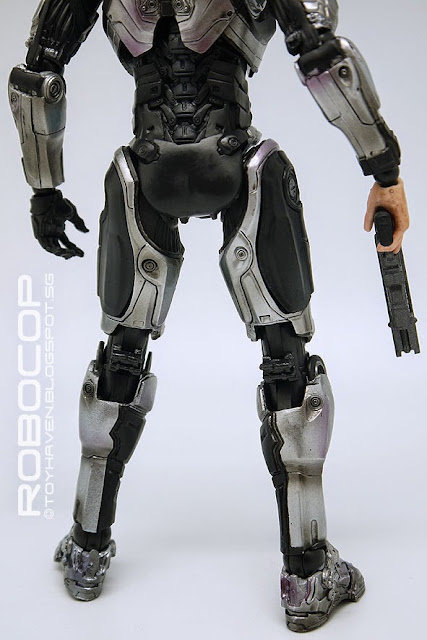 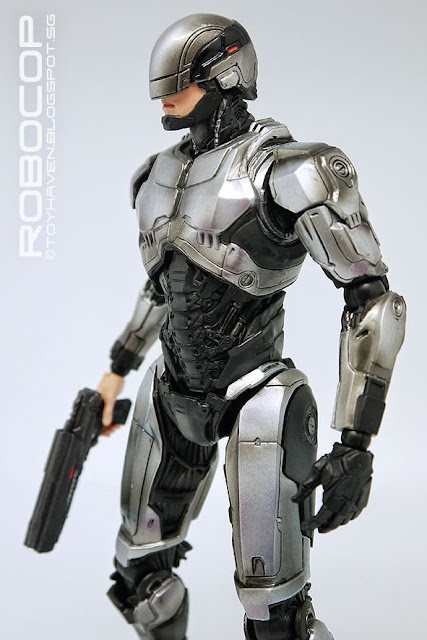 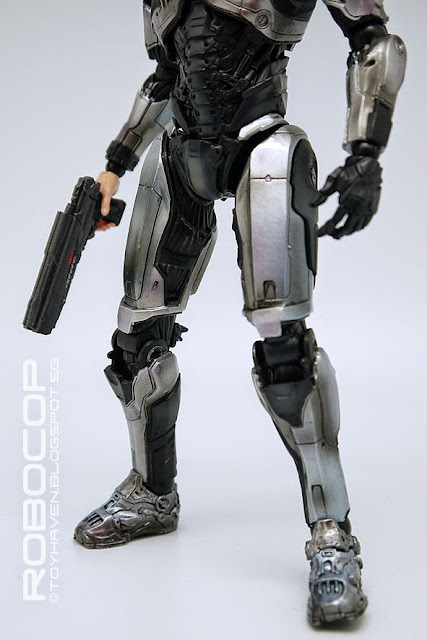 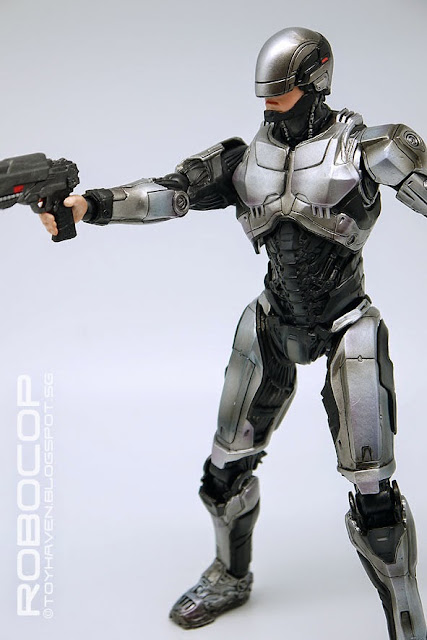