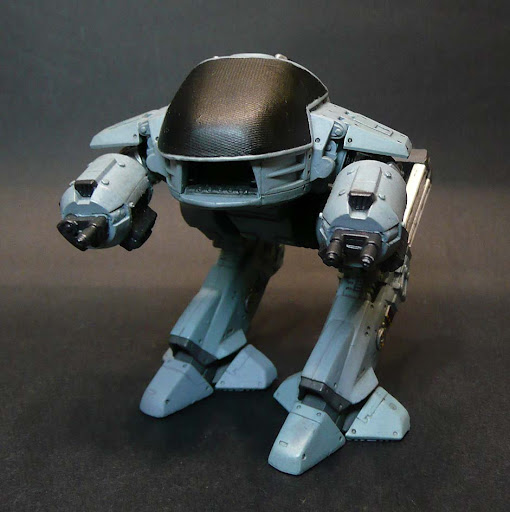 From Japanese manufacturer Kotobukiya comes this amazingly detailed mini figure of ED-209 from the RoboCop movies. These mini Kotobukiya figures, released in 2006, consisted of 2 to 7 easy to assemble parts ranging in size from 3 to 5 inches. There were a total of 6 different figures and this ED-209 is only about 3 inches tall (7.5 cm) but the amount of detail they managed to squeeze into something so small is amazing. 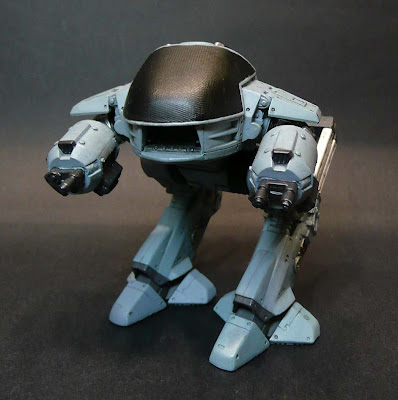 “Director Paul Verhoeven made it immediately clear that he didn’t want anything on ED 209 to look cute,” ED-209 designer Craig Davies elaborated. “He wanted something really hard and mean.” 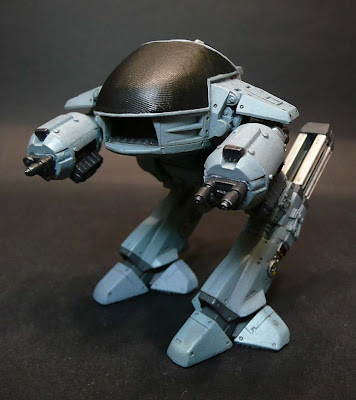 Craig Davis: “I took a lot of the current design trends into account and mixed them all together, adding things like oil coolers, radiators and heat exchangers, all of which are on that robot if you know where to look. Of course, the question of eyes came up, but I thought it was best to avoid them. Then there’s the grill area in ED’s head. Some people look at that and they go, ‘Oh, it’s a mouth. ‘But it’s also a big, obvious, extremely stupid place to put an open area like a radiator on a righting unit like ED 209. Through those kinds of things my feelings about the real Detroit come through on the robot.” 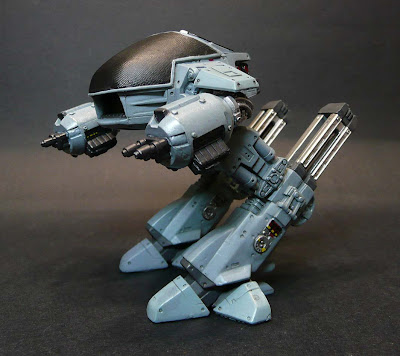 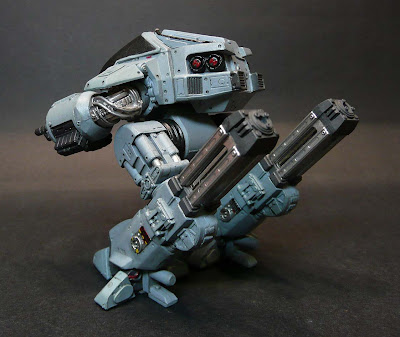 “I did, however, include things that were my own digs at what I see as a really lame current corporate design policy. For instance, there are four huge hydraulic rams on the legs, even though a creature like ED wouldn’t need nearly that many. So it’s like complete redundancy – a true corporate product.” 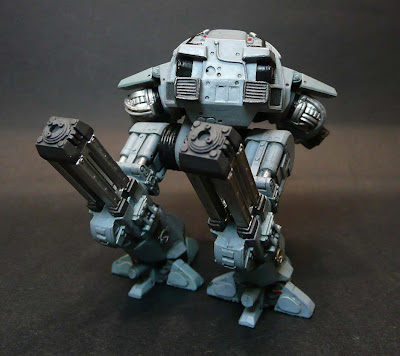 Craig Hayes designed and built ED-209 which was animated by Phil Tippett, a veteran stop-motion animator. Davies and Tippett would go on to collaborate on many more projects. As one of the setpieces of the movie, the ED-209’s look and animated sequences were under the close supervision of director Paul Verhoeven, who sometimes acted out the robot’s movements himself. 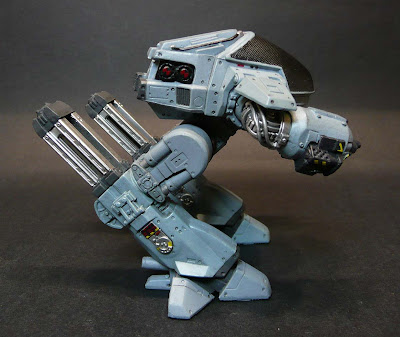 As for me, I remembered seeing ED-209 on the big screen for the first time and thinking to myself, “I want one!” It looked so cool even though it was quite cumbersome and not very maneuverable with its “chicken walker” legs. 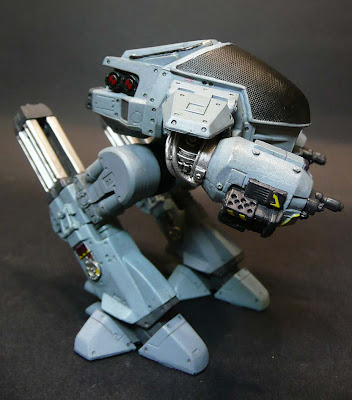 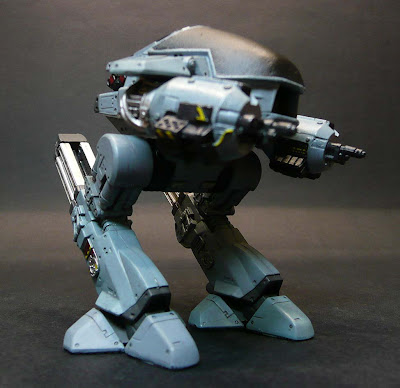 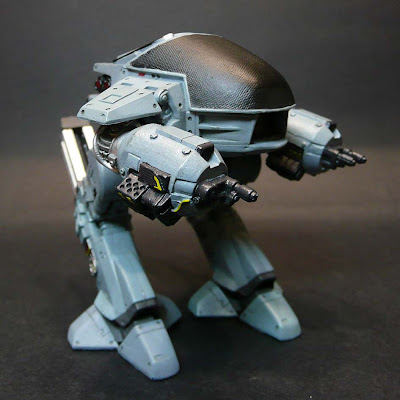 “Please put down your weapon. You have 20 seconds to comply.”